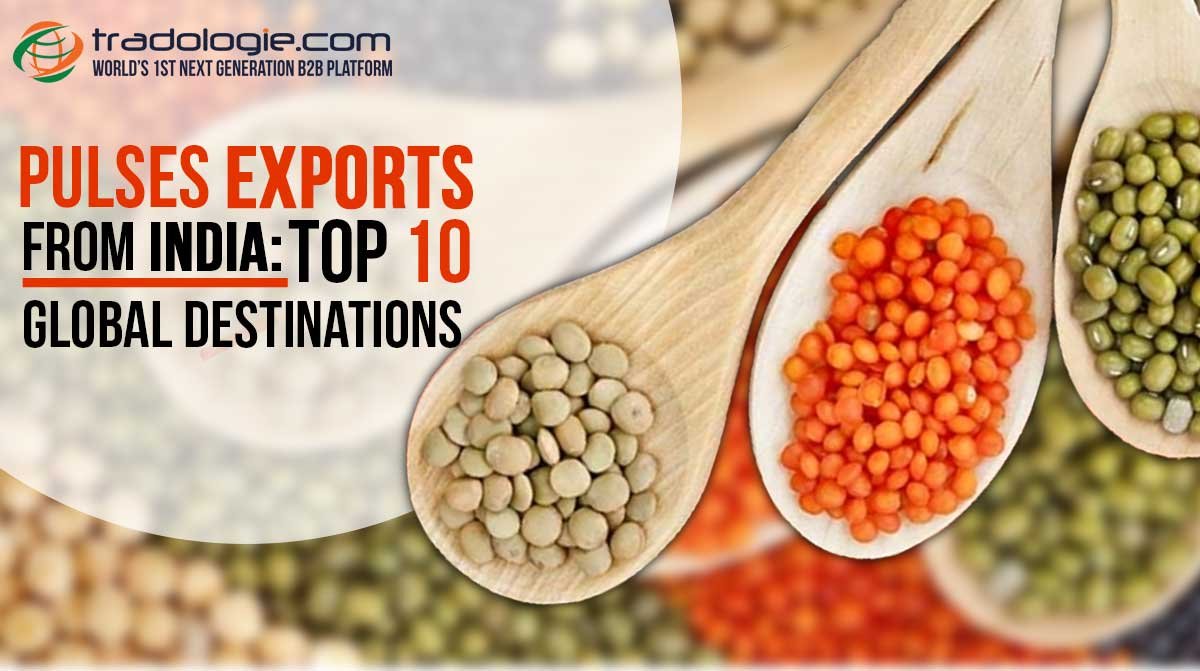 India is the largest producer of pulses, accounting for approximately 24% of global production, according to data from the Food and Agriculture Organization of the United Nations (FAO). Of the 19 million tons produced in 2016, only about one million were exported, indicating that pulses are primarily consumed domestically in India. Over 90% of India’s pulses exports originated from the southern state of Karnataka, which accounted for an estimated 80% of total export earnings in 2017.

Bangladesh is one of our largest importers of pulses and continues to grow. Bangladesh has a rapidly growing middle class with an increased demand for high-quality food. They have also shown interest in organic food, which we produce on a large scale in India. The Indian Pulses and Grains Association said that there are plans to double or triple pulses production by 2022, and Bangladeshi farmers want to cash in on our supply of high-quality produce. Bangladesh was also looking at bringing 1,000 Indian farmers as part of their 2nd agri-business delegation to tour our agricultural facilities and learn how Indian farmers maintain crops year-round without any damage from harsh weather conditions.

A relatively new customer of Indian pulses, Pakistan imports around 1.7 lakh tonnes of chickpeas and mung beans each year (pulses worth Rs1,069 crore). India accounts for over 80% of its total pulse imports. The countries’ trade has been largely untroubled by political unrest and is expected to be about 2 lakh tonnes in FY16 as against 2.5 lakh tonnes in FY15 due to low import demand. Iraq: Iraq imported 3 million tonnes last year, making it the world’s third-largest importer of pulses after Egypt and Nigeria.

World’s largest importer of organic pulses like pigeon peas, chana, etc. Pulses import constitutes 20% of Yemen’s total imports. The economy of Yemen depends on agriculture, and more than half of its population is involved in farming activities. From 2010 to 2015, agricultural exports have shown a decline due to drought and other reasons. Exports to Yemen increased by 3 times after the Indian government gave subsidies to farmers for cultivating pulses under PM KrishiSinchaiYojna in 2014.

Uganda and Kenya import pulses worth $37.7 million and $32.3 million, respectively. Pulses are used by their local markets as well as by international buyers in countries like the USA and the EU. Egypt, Rwanda, and Mozambique also import pulses from India. These countries have rapidly growing populations that need a healthy diet that includes pulses in it to keep them nourished and healthy.

Pulses imports from India to Japan doubled in volume terms between 2011 and 2015, making it a key import market for Indian pulses. It is also one of the main markets for chickpeas. Nigeria was the third-largest importer of pulses in 2015 with volumes reaching 472,000 tons. Over 3/4th of these pulse imports were chickpeas followed by 162,000 tons of lentils and 14,000 tons of dry peas. Chana (Bengal gram) remained the biggest individual pulse exported to Nigeria followed by tur dal and moong dal. Value-wise pulses export were worth $143 million in 2011-15 and accounted for 2% of total merchandise trade value b/w both countries during that period.

In 2016, Indonesia was by far India’s largest pulses export market. In value terms, exports were US$2.5 billion in 2016. This was slightly less than half of overall Indian pulses exports to all countries during that year. Brazil is also a major destination for Indian pulses—the two were about equal in 2016, at more than US$1 billion each. Other leading importers include Malaysia (US$570 million), Bangladesh (US$500 million), and Myanmar (US$340 million). Turkey is also a key importer with shipments estimated at US$320 million in 2016. China has emerged as an important new market for Indian pulses, climbing up to seventh place in value terms with imports worth US$160 million last year.

The Indian pulses sector can look at Sri Lanka, its immediate neighbor, as a model. The island nation has gone all out to promote pulses and make it a staple in its citizens’ diet, by setting up brand ambassadors who motivate chefs to cook healthy food with pulse-based recipes. The government also promoted retail channels that sell dry pulses that are nutrient-rich and easy on pocket. As of last year, Sri Lanka was importing around US$20 million worth of pulses from India per annum. And given a rapid rise in consumer demand for affordable high-protein foods like pulses, experts believe that figure could go even higher in coming years if hurdles for expanding cultivated area and synchronizing supply/demand gaps were removed.

Pulses exports to the USA were $12.1 million in 2012–13, which accounted for 14.4 percent of total Indian pulses exports. Other major pulse suppliers to the USA include Canada and Australia. Of these, chickpeas accounted for 61 percent of Indian pulse exports to the USA, followed by pigeon peas (27 percent) and lentils (8 percent). The US was one of the major destinations for imports under a bilateral agreement signed between India and the US on July 3, 2005 (for a period of five years). As a result, pulse shipments from India to the USA are subject to duties at zero percent if their price is lower than 86 percent of that specified in SPS-adjusted weighted average prices notified by USDA.

How alkaline water ionizers are winning the race?