Globalncr.com Internet How much does it cost to hire a ReactJS Developer?
Internet

How much does it cost to hire a ReactJS Developer?

According to Statista research, ReactJS was the most widely used and in-demand programming language in 2021.

There are ample reasons behind the incredible success of ReactJS, but one of the foremost reasons is its high flexibility and scalability features which it offers.

When it comes to hiring dedicated ReactJS developers, there’s already a lot on the plate. For developing web applications, you need to hire ReactJS developers who can entirely amaze your customers by delivering a high-end and seamless user experience.

However, hiring isn’t a piece of cake as various factors can extensively affect at the time of hiring.

This article will shed light on the factors that should be considered when hiring ReactJS developers and the cost of hiring.

If you’re contemplating hiring a ReactJS developer and want to ensure that you end up hiring the right developer, there are certain factors that you should always consider:

The first factor to consider when hiring ReactJS developers is the project requirements.

It involves the size of the project and the timeline. the expertise, the time taken to hire a developer, and the number of processes required in an application.

Besides considering project requirements, you also have to consider project delays, which can also result in some overhead expenses.

For example, if you’re a small business with a small project, such as a weather or calendar app, you won’t need a team of developers to work on it. In addition, the time required will be comparatively less and the application will comprise fewer features, resulting in less development time.

If your project size is large or medium, you require more developers to work and the application will also comprise additional features and integration.

Let’s say you want to build an application for fashion designers and want to add the additional payment option. If you have to integrate it with the mobile payment option, you will definitely need a few more developers, which will end up increasing the cost of hiring developers and eventually result in an increase in budget.

Likewise, if you have to create an enterprise application, it would come with more security, integrations, and features, and to incorporate them, you would need more expert developers, QAs, project managers, and many more.

It will consume more time and will increase the budget as you might need to add more functional features.

Let’s say you have to create an ERP application to handle different business processes, including procurements, compliance, project management, accounting, and many more.

2. The Number of Skill Set

Always ensure that a developer must possess a wide range of skills.

Make sure you have a list of all possessed skills, and at the time of hiring, it must align with the developers. to ensure that you can conduct and assess those skills at the time of the interview.

The skills vary greatly, and it depends on the type of project for which you want to hire the developers and the cost.

You have to consider a few factors before determining the years of experience, such as the kind of project you’re working on and the level of experience that you would require from the developers.

4. Complexity of the application and development hours

The prime factors that determine the complexity of the application are the deployment architectural model, integration of third-party apps, admin panel development, integrating in-app purchases, user authorization, hardware dependency, and the app’s in-built features and functionalities.

Development hours are yet another factor that you should take into consideration, especially if you want to hire a freelancer or a development company overseas. It’s highly determined by the number of working hours.

The same goes for the cost. The cost of hiring a developer in India per hour might be charged at around $15-$30, while the developer’s hourly rate in the United States is $57, and in the UK will be $36.

Also, you have to consider the design of the application to stand out from the competition. The total estimated cost of the app design is analyzed based on the number of screens required for the application, that is, the app pages you want, such as login, signup, dashboard, main page, and many more.

On top of that, if you want unique UI designs, you have to pay more to have complex UI designs.

When it comes to using React Native, as it’s a cross-platform mobile app development framework, you will end up creating just one application for each platform. This results in a lower overall cost for designing the application.

In fact, if you want to develop a simple application or MVP, then you will pay much less in comparison to a complex application that requires more complex features, integrations, and updates.

Let’s say if you want to develop applications such as calculators or clocks, you will end up paying far less to the native developers than for high-featured or customized applications.

Once the developers kickstart the development process, you can select the language or technology stack you want to use in the application.

When it comes to technology selection, it can be determined by expected functionality, scalability, performance, labor and human market resources, and many more.

In the middle of the selection, if you feel that it’s going haywire, then you can easily replace the developer or hire a senior with high experience to write it.

The location highly influences the hourly rate when hiring native developers, as if you hire developers from a city that has a high standard of living, such as Australia or the United States, you will have to pay more.

If you live in any of the high-standard-of-life countries, a cost-efficient solution would be to outsource to countries with low labor market rates, such as India. India is the best country to outsource from as the labor costs are significantly lower and you can easily find a pool of skilled and experienced developers, which can ensure a perfect balance of quality and cost.

How much does it cost to hire a Development company?

How much does it cost to hire a Freelance Developer?

Besides hiring a development company, if you are considering hiring ReactJs freelance developers, the cost varies across different continents and countries.

You could also end up bearing some additional costs, which vary from country to country.

The additional cost can involve mandatory and discretionary costs.

Mandatory costs comprise the costs that you’re bound to pay to employees under the law. It includes payroll taxes, which are highly determined by the amount of compensation you pay to them.

The taxes are deducted from their compensation based on the amount.

It involves a bunch of other additional costs, such as poor requirement analysis, last-minute add-ons, extended features, and many more. If you do not analyze the estimated development cost ahead of the app’s development, you may have to bear the cost.

There can’t be a stipulated cost of hiring as it also depends on the foremost factors such as client requirements, methods of development, and stages of app development. In a nutshell, it highly depends on the entire complexity of the application.

Besides, the timeline is yet another important factor that should be taken into consideration at the time of hiring ReactJS developers.

5 Reasons Why MBA Can Help Your Career 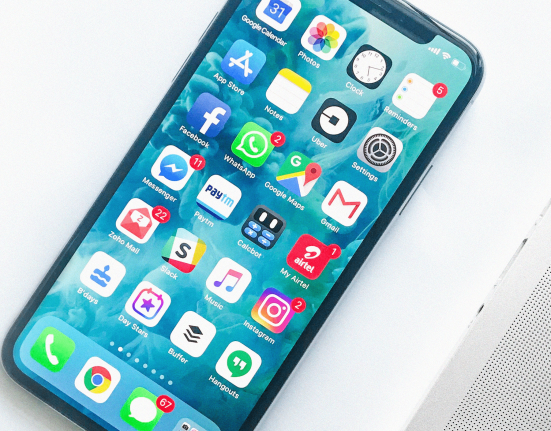